In today’s world stereotypes run rampant, and biases based on age – like ageism – are becoming a more measurable problem. Ageism is the discrimination against an individual strictly on the basis of their age. Ageism is most often thought of as prejudice against older individuals, however there are forms of ageism that affect younger generations as well.

Ageism can appear in multiple areas of everyday life and take many forms. Ageism discriminatory practices can appear in the workplace, the healthcare system, forms of marketing, and even online shopping. 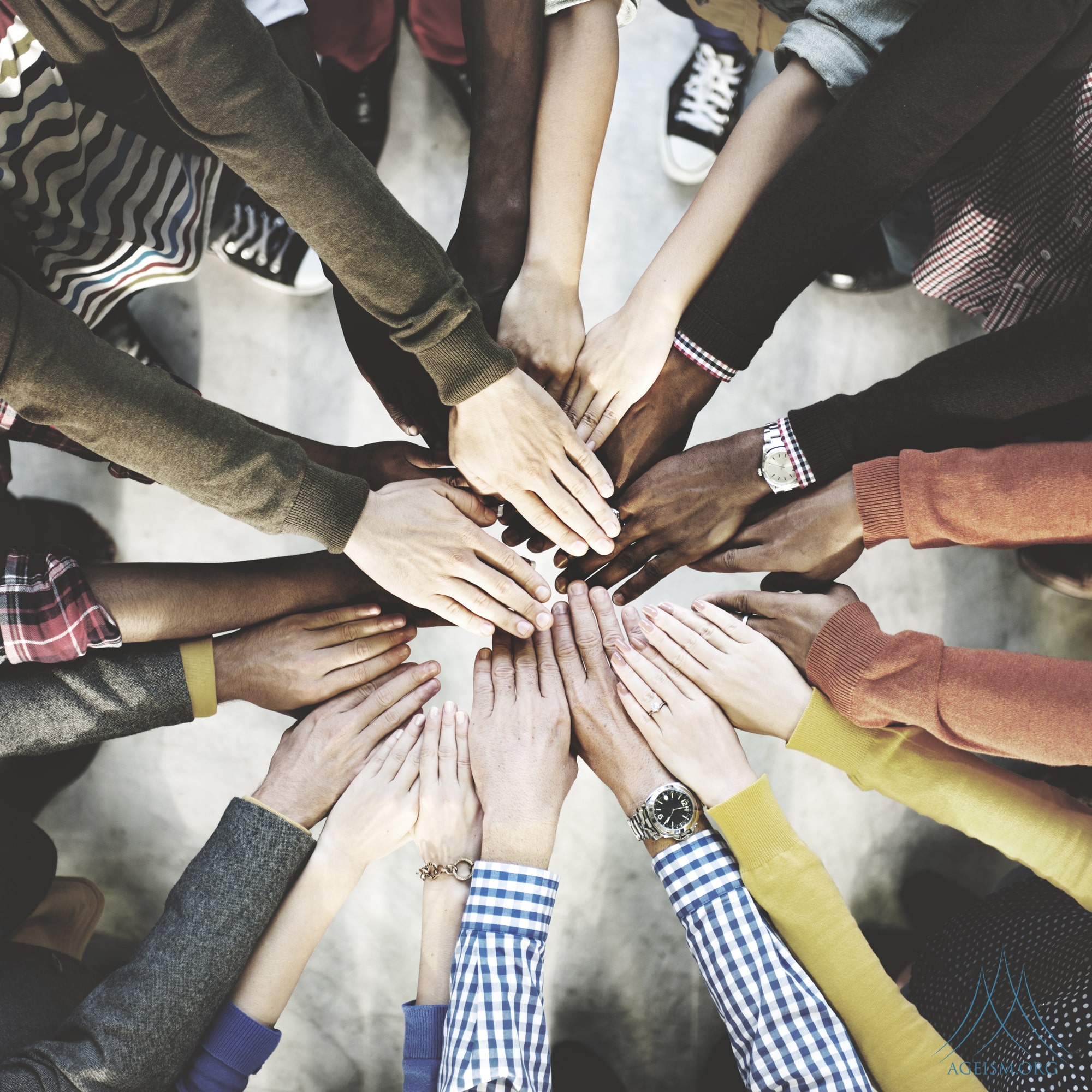 Agist discrimination has negative consequences that range from salary impacts to health effects. Ageism can hurt your bank account, it can hurt your health. Ageism can also shorten your life. It affects us all – globally.

Ageism happens every second, every minute, every hour of every day – and fighting it requires changing the rules of society.

There are many different types of ageism that can affect each and every one of us throughout the course of our lives. Some of them happen in the workplace, some within the healthcare system, and some are agist biases we self-inflict on ourselves. Below are some of the types of ageism experienced around the world.

As we age we may start to think of ourselves differently, relying heavily on age as a factor of how we should live each day. We may look towards our age as the deciding factor of whether or not to hike a mountain, open a social media account or apply for a specific job.

By judging ourselves as a number, rather than how capable we are in each specific situation, we are self-inflicting a form of ageism that can be detrimental to our quality of life.

We have been programmed throughout of lives to judge ourselves, but it’s never too late to learn to push internal judgement aside.

Ageism in the Workplace

Ageism runs rampant in workplace settings. Just as we have been programmed from a young age to judge ourselves, we have also been taught it is okay to judge others. It’s almost impossible to stop the split-second judgement people have about others, but it is possible to learn to take that judgement and slow down before acting upon it.

Our immediate judgement about someone at work may be that they are too old to be any help on a fast-paced project, or that they shouldn’t be promoted because they should instead be thinking about retirement.

Instead of assuming your immediate stereotypes about those you meet are true, tell yourself that you must first get to know each person before you are allowed to act on those immediate beliefs. You will find a couple of different things happen.

First, you will find yourself interacting with a wider group of individuals at your organization. Second, you will find that your immediate biases about others are most often incorrect.

Studies have found that the more you interact with individuals at work that you normally would not, the more you will be working towards a solution to ageism.

Reverse ageism happens when younger generations are believed to be too young or inexperienced to be helpful, knowledgeable, or able to manage a situation or team. Often, these stereotypes are completely false.

Just as with typical ageism in the workplace against older individuals, younger individuals should have the same opportunity to prove who they truly are and what they are capable of before other people’s judgement about them is acted upon.

Contrary to what we have all been taught to believe, age is not typically a good judge of someone’s abilities. There are plenty of young CEOs and inexperienced managers who lead teams to major wins. Capability doesn’t always go hand-in-hand with age.

Ageism in Hollywood, or ageism in the media and press, is one of the most detrimental types of ageism because it changes how people around the world interact with one another. If you watch movies or TV shows, or read books that include multi-generations interacting together, you will most likely find that there are numerous negative stereotypes. These stereotypes include less-than-positive jokes aimed at older individuals and their competency to be able to handle common every-day situations, and that older generations should stay out of the way, and often off-screen for the majority of the entertainment.

This has a strong effect on how we all grow up. We are inundated with the belief that older individuals should not be present in our day-to-day lives, and that when they are they should be at the center of negativity and jokes. We are learning stereotypes about older individuals every time we turn on the television or watch a movie.

Many actors are working to put an end to negative age stereotypes in the media, but that road is a long one. As media viewers, we can help by understanding that the stereotypes we view on screen should not be internalized to ourselves or externalized onto others in our lives.

There are numerous studies that show that certain countries around the world have adopted a bias about age. One study revealed that kidneys that are deemed healthy enough to use in some countries for transplants are discarded in other countries because they are believed to be of too much of an advanced age. Even the medical field can’t agree on the fact that age is just a number, and that individuals (and their organs) should be judged on capability, healthiness, and experience rather than simply their age.

There are many healthcare workers who fight every day to keep age as just a number, but that fight is a hard one. The more we can lessen ageism in places like the workplace and the media, the easier it will be to lessen it within the healthcare industry as well.

It can often appear to be an easy decision to make to send an older family member to live in a retirement community. However, many who fight against ageism believe that this perpetuates the stereotype that we should send away the older individuals in our communities because we believe them to be unfit to participate in day-to-day activities. There are many people who believe that retirement communities help breed ageism biases, because younger generations see their grandparents cast away to live elsewhere to be taken care of by others.

Studies suggest that if we interact more multi-generationally in our lives, we are less likely to participate in ageist thoughts and actions. Those who fight against retirement homes and communities believe that if those places did not exist, ageism would be less rampant around the world.