Ageism stereotyping start at a young age. We watch how the media portrays both older and younger generations – from how they dress to how they act on the screen. It’s no wonder that we’re programmed (basically from birth) to judge individuals based on their age.

It’s hard to break away from allowing your brain to go towards stereotypes in each and every situations you’re involved in. That’s why education about stereotypes, including ageism, is so important. Yes, you may still immediately set a stereotype to someone when you first see them or talk to them, but if you’re aware of that, you can more easily break that habit. 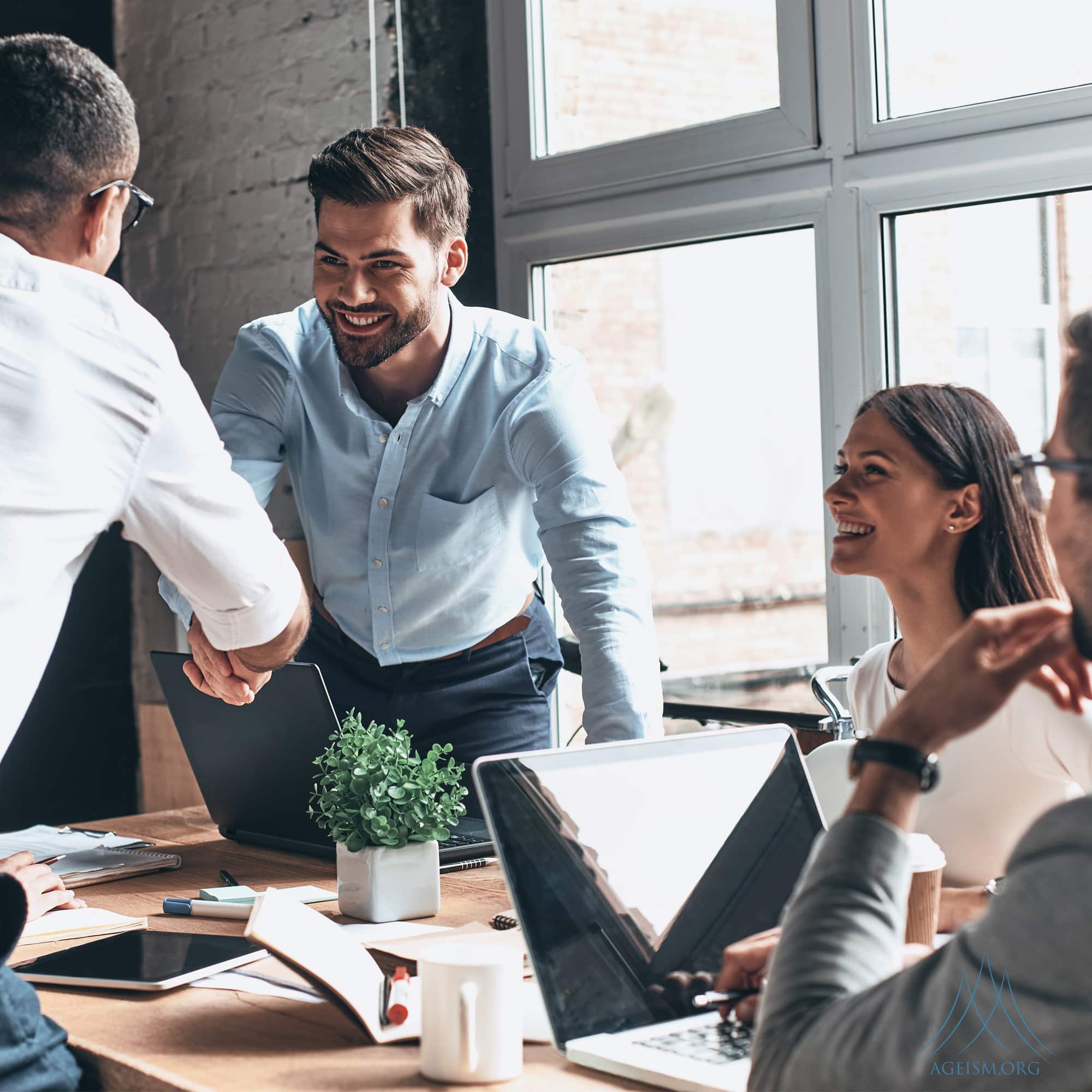 One ageist stereotype that causes many employees in the workforce to become disgruntled is that if the older workforce doesn’t retire early, then they will take up positions in the workplace that could go to younger employees trying to make their way up the career ladder.

This stereotype is a slippery slope. It should be each individual’s right to decide when to leave the workplace. Some individuals may choose to work later in life because it is the best decision for their well-being. Others may still rely heavily on their income, and not be ready to give it up. Either way, it is their right to make the decision about remaining in the workforce, not anyone else’s.

With the argument that the older generation of workers needs to vacate their positions in order to allow younger employees to move up the career ladder, that becomes a larger discussion for organizations. There should be employment tiers in place that keep employees progressing up the career ladder, no matter how many older individuals choose to remain in the workforce. Companies not addressing this issue are perpetuating the agist stereotype they older employees are making career progression more difficult on younger generations.

It’s also stereotypically believed that older generations don’t want to learn or try new things, and that younger generations aren’t ready to learn everything their older counterparts have been taught. These are examples of both ageism and reverse ageism.

Did you know that studies have shown that if you treat someone the way you stereotype them it can be detrimental to their health? If you treat someone like they are old, science has proven that their brain will then cause them to slow down, to act differently than they just were. If you ask a 60-year-old gentleman if he should rethink hiking the mountain you are both at the bottom of because it might be rough on his knees, studies show that he will walk up the mountain at a slower pace than he would have otherwise (and not because he’s trying to be cautious). Unbeknownst to him, his body will act older because it was told it was old. Stereotypical words alone can alter an individual’s physical actions. Just imagine what being hit with multiple stereotypes every day can do to someone.

Others may not be the only ones at fault when it comes to the ageism you are experiencing. You may also be stereotyping yourself. If you ever find yourself thinking self-deprecating thoughts about your age, and how it relates to how you should and should not act, then you are negatively stereotyping yourself.

Do you ever find yourself apologizing to others for what you describe as a “senior moment”? You are perpetuating age bias against yourself. It’s time to stop any inward-facing stereotypes you may be currently contending with.

How, though? Research suggests that distancing yourself from your age can help. Try to think of age as just a number, and really pay attention to yourself and how you feel. Chances are you don’t truly feel your “age,” or any of the stereotypes that have been placed on that number.

What You Can Do To Stop Ageism Stereotypes

Often, ageism is brushed off as an imaginary stereotype, but it is extremely real to those who experience it first-hand. It’s time for society as a whole to acknowledge that ageism exists, and in turn to hold companies, healthcare professionals, and each and every individual alive accountable for any negative ageism they display verbally or through their actions.

The next time you see someone on the street or in the workplace, really pay attention to what message your brain immediately relays. Chances are you will tell yourself you know who that person is, what they’re like, and how they act – even when you understand that you don’t know them at all.

Once you can acknowledge that you do stereotype (even if you’re not trying to), you will be able to take a step back from each situation and begin to lay groundwork where you are less likely to judge without knowledge. That will help you with ageism because you may spot someone who you would have previously judged to be incapable of something, but now you will be able to push that thought aside and ASK. Find out. Learn.

We need to stop ageist stereotypes, for the health of us all.

Next Steps You Can Take

Many ageism researchers suggest role playing ageism scenarios as a way to get cross-generational groups talking about ageism stereotypes. Get a group together, and work to compile a list of ageism stereotypes that everyone has heard throughout their lives, and act each of the stereotypes out in role play scenarios. This will give the group a sense of the emotion that the individual on the receiving end of each stereotype would feel.

Another suggestion is team game-play. Gather a mixed-generational group to play a game. Anything ranging from a board game to a sport like flag football, kickball or softball. Studies show that creating an environment for generations to work together as a team can help eliminate stereotypes within each team member’s thinking for the rest of their lives.

Ageism studies show that simply starting a conversation can make a big difference. Gather a group of individuals and just talk. Open up about hurtful words, or explain real-world situations everyone has experienced throughout their career. Hearing how others think and feel about ageism stereotypes can make a massive impact within the group involved in the discussion.