A new report from the World Health Organization (WHO) states that one out of every two people are ageist – defined as negatively stereotyping against individuals based on their age. The 2021 Global Report on Ageism, shared by WHO and the United Nations, revealed that ageism can be found in work, society, healthcare systems, laws and simply perceptions of individuals of all ages.

The 200-page report brought forward three strategies to combat ageism with the goal that everyone around the world will join together to fight against the age-stereotypes that one out of every two people bring to a wide range of experiences in their own personal lives. And imagine, if one out of every two people are ageist, how many people does that leave experiencing ageism every day?

Below you will find the three strategies that the WHO and UN believe will best fight ageism, as detailed in the Global Report on Ageism. These three strategies are expected to lead us towards a solution for ending ageism around the world.

Creation of Policies and Laws
Enacting policies and laws around the world that fight to end stereotypes based on age, with the hope of eliminating ageism in society, will bring to light what ageism is and how impactful it can be. While the statistic in the report is ‘one out of every two people are ageist,‘ many people participate in ageist actions without recognizing the impact of those actions. Education through policies and laws will work to grow this recognition and in turn work towards lowering ageism stereotyping and actions in our society.

The policies and laws can be set forth against discrimination in the workplace, healthcare system and more. And that doesn’t just entail interactions that happen in those physical locations, but also interactions prior to in-person experiences, for example, the interview process for potential employees. The called-for laws won’t immediately remove stereotyping based on age in our world, but will help to educate against ageism, and that’s a strong first step in the fight to end ageism and ageist actions around the world.

Plus, these policies don’t always need to be specific to age-based stereotyping. Simply putting policies in place to reduce employee stress could help employees work better together, and lower their immediate instinct to stereotype against one another.

Education
Education is the second step outlined in the 2021 Global Report on Ageism. The goal of educating about age stereotypes around the world is to inform society about what ageism is, what the impact is, and from there working to create change for the future. Education plays a large role in eliminating negative instances of ageism, especially where those involved aren’t aware of the negative impacts of their own actions – and sometimes not even aware that they are participating in ageist actions at all. Plus, education helps those experiencing ageism understand what it is, why it makes them feel the way it does, and ways they can work to eliminate the negative impact it has on them.

Intergenerational Experiences
The third strategy that is called out in the report is intergenerational experiences, including co-mentoring. By bringing together groups of many ages it breaks down stereotypes that can grow from non-interaction across generations. Benefits from intergenerational experiences can be felt not only in society, but also in the workplace. We’ve argued for creating multi-generational mentor groups, and this report does the same. If you are interested in creating a multi-generational mentor group be sure to put a discussion plan in place to ensure your new group gets the most out of the experience – an experience that can truly change the way that you and your co-workers function together for your organization.

Also, while these three opportunities presented by the Global Report on Ageism are important steps towards building a future world free of ageism, be sure that today you are reflecting on yourself and taking steps towards being the best you. It can be difficult to work through ageist experiences you encounter, but the stronger you are, and the more educated about ageism, the better you will handle them and work towards personally rising above these experiences so they impact you less. Taking time to build your own story and educate yourself will help you stay positive even as ageism continues for now. 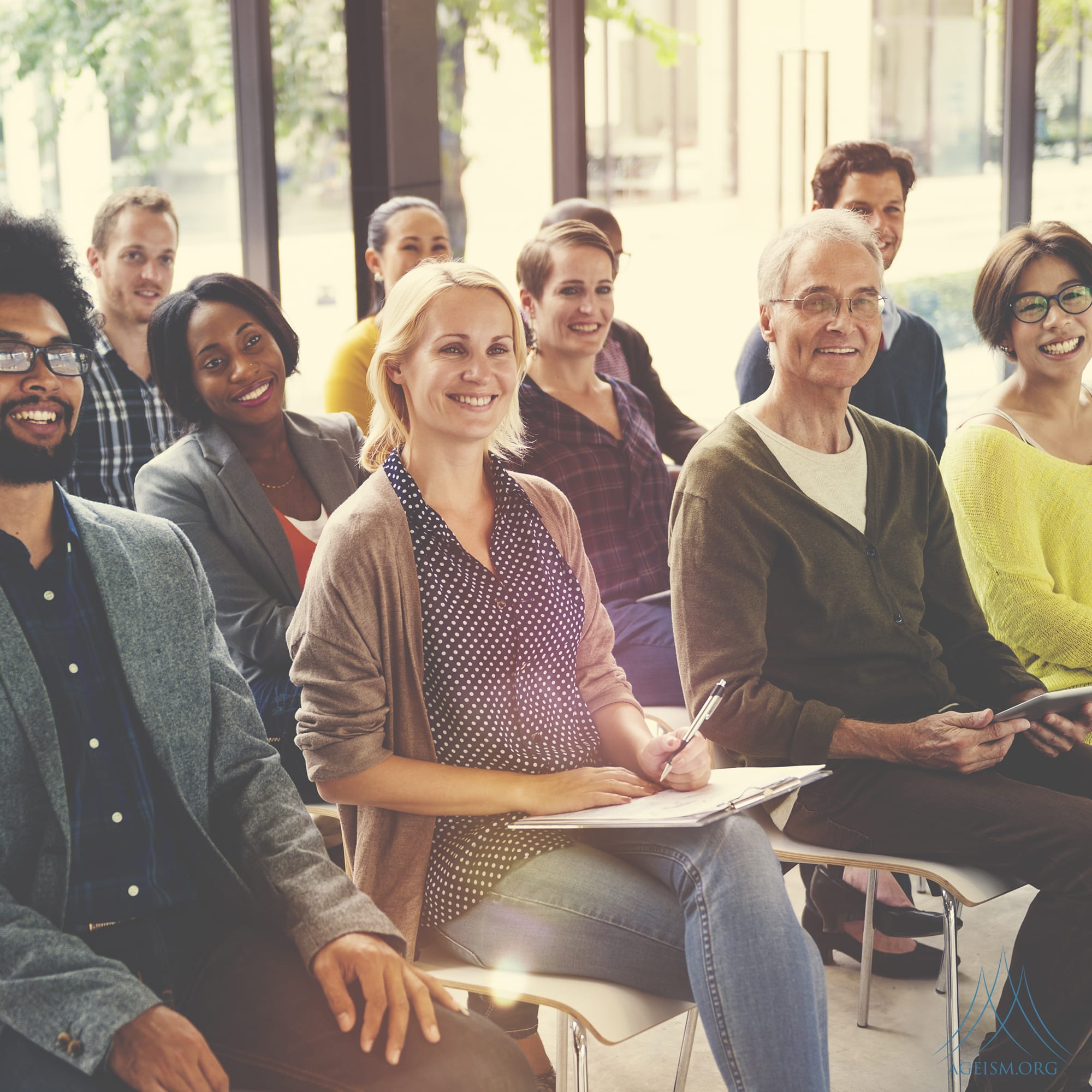 Align Yourself Across Generations To Beat Ageism